You are here: Home / About Us / Anne Marek 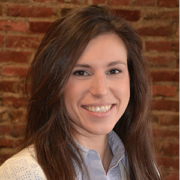 Anne joined KET in 2016 with 12 years of industry experience on both the municipal side as well as the consulting/design work arena.  Anne worked for the Philadelphia Water Department as a mechanical design specialist early in her career. In 2006, she joined Gannett Fleming in their Camp Hill, PA office as a process engineer under Fred Updegraff.  She obtained her P.E. license and became a LEED Green Associate and worked on numerous BNR/ENR upgrade projects during that part of her life as an engineer. Since leaving Gannett Fleming in 2013, Anne received her Master of Science degree in Environmental Engineering from Penn State University and became a City of Harrisburg Planning Commissioner while working as a Project Engineer at RGS Associates, Inc. in Lancaster, PA.  Most recently, Anne was elected as a member to the Mid-Atlantic Biosolids Association Board of Trustees.

Anne covers the municipal and industrial markets in Central and Northeastern Pennsylvania from her home office in Harrisburg.

Go Back To Our Team Page